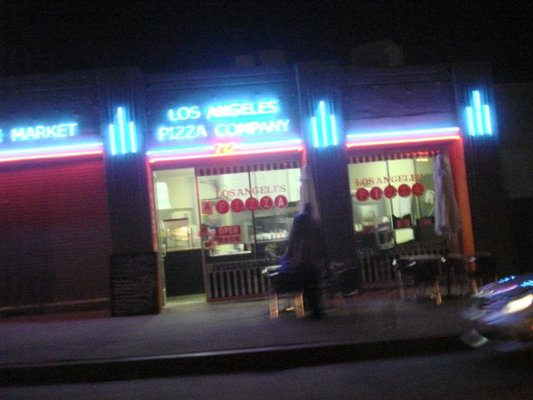 They’re as good a pair as peanut butter and jelly. Fish and chips. Gorgonzola and frosted flakes.

Now, there’s one more option in Echo Park to experience that heavenly pairing. The Los Angeles Pizza Company location in Echo Park is now open to the public and offering one half of that immortal combo. Serving up Vegan pies as well as fancy options the LA Pizza Co. has something for everyone such as a pizza called the Buenos Aires, which consists of Chimmichurri sauce, Mozzarella, Argentinean Sausage, Mushroom, and Fresh Basil.

With all of those pizza options, and no liquor license, what do you do for beer?

Well, the good news is you can bring that pizza next door to the conveniently placed Sunset Beer Company, which has an incredible amount of craft brews in bottles and 12 on rotating taps. The Sunset Beer Co. has a freewheeling policy of BYO-Food, so grab a sizzling slice, roll on over next door and enjoy one more way Echo Park does pizza & beer.