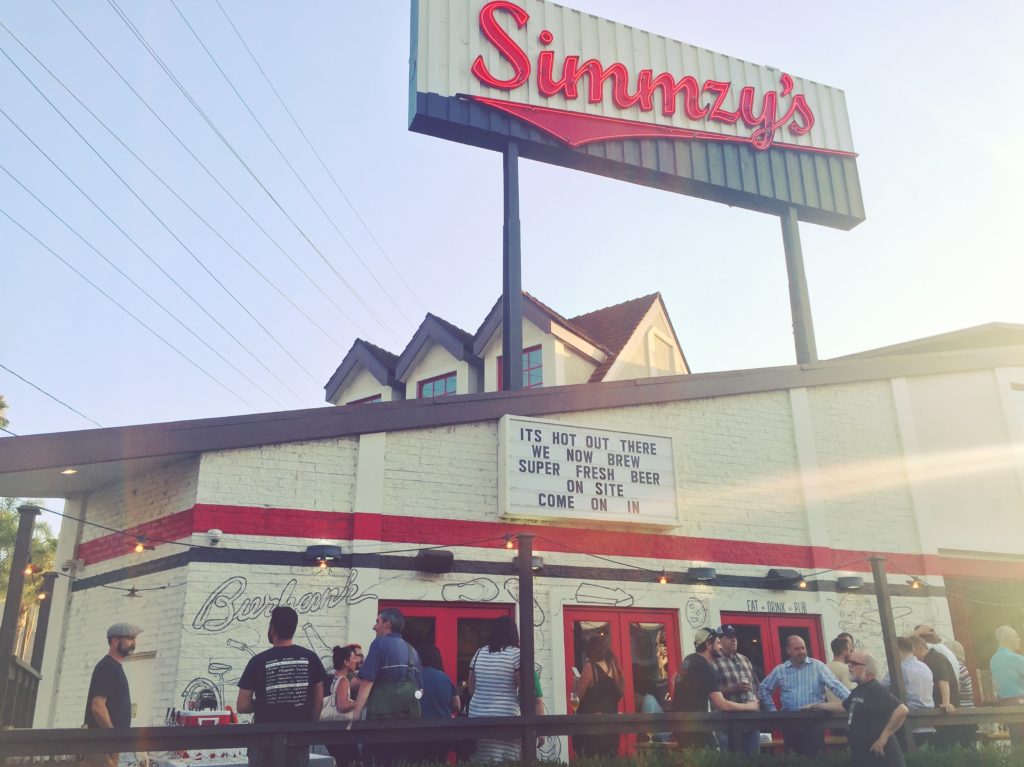 Starting April 8th, we’ll be touring the best beer over the hill!

Burbank & Glendale have slowly developed their beer scene after Golden Road settled into the neighborhood in 2011. Now, they’re quietly home to some of the best beer in LA. Check out the crisp, clean and super-drinkable beers of Brewyard Brewing or the more seasonal and experiment-driven beers of brewmaster Chris Wawloski at Verdugo West or hop on over to The Brewery at Simmzy’s Burbank for beers crafted by a longtime Los Angeles homebrew legend alongside Simmzy’s delicious food.

Tours begin on April 8th and occur every other Sunday at 1:00pm. They depart from the Burbank Metrolink – 201 N Front St, Burbank, CA 91502 (ample parking and easy metrolink service).

The tour visits three breweries and includes a flight of beer at each place, bottled water, and as much beer info as you like. The entire event takes about four to five hours and the ticket is $69/person. Food will be available during each tour.

Tickets available online and are limited to 15 seats per day.

LA Beer Hop is also available for private and corporate tours in this area.