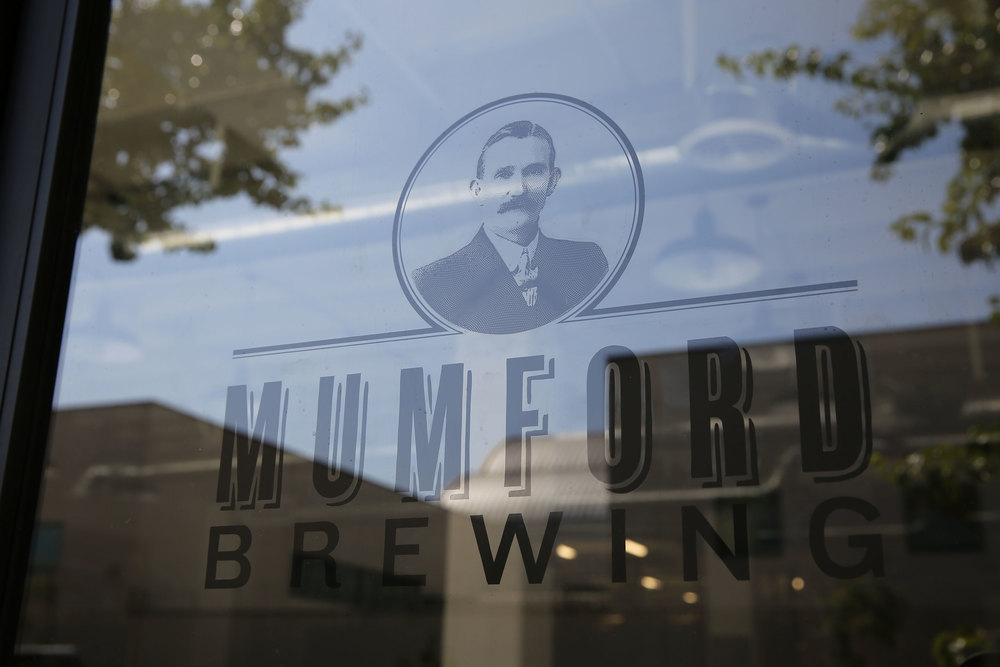 And so it begins, the great transformation of Downtown LA into a walkable wonderland of craft beer destinations, with the advent of Mumford Brewing in the Arts District. The best part? They’re making good beer.

Located in “Skid Rowkyo” – the part of Downtown that’s smack in the middle between Skid Row and Little Tokyo – Mumford Brewing had their grand opening last weekend. Opened by brothers Todd and Peter Mumford along with Todd’s wife Tien, this small team has built everything great about a craft beer haven. Good beer. Family friendly. Local art. And food delivered from the Escondite next door.

Right now, they’re open Saturdays and Sundays, but are rolling out more and more hours as the Summer burns on.

Our favorite: Black Mamba – their flagship black ale that has all the right roasted and cocoa moves of a dark beer with the drinkability of something significantly lighter. Although, their Experimental IPA #1 has some depth and complexity that’s miles ahead of average for a young brewery.

Coming soon to DTLA will be Boomtown Brewing, Iron Triangle, Indie Brew Co, Arts District Brewing and Dry River Brewing. It’s gonna be a big year. And once they’re all open, you better believe we’ll be organizing walking tours of Downtown. Look forward to it.