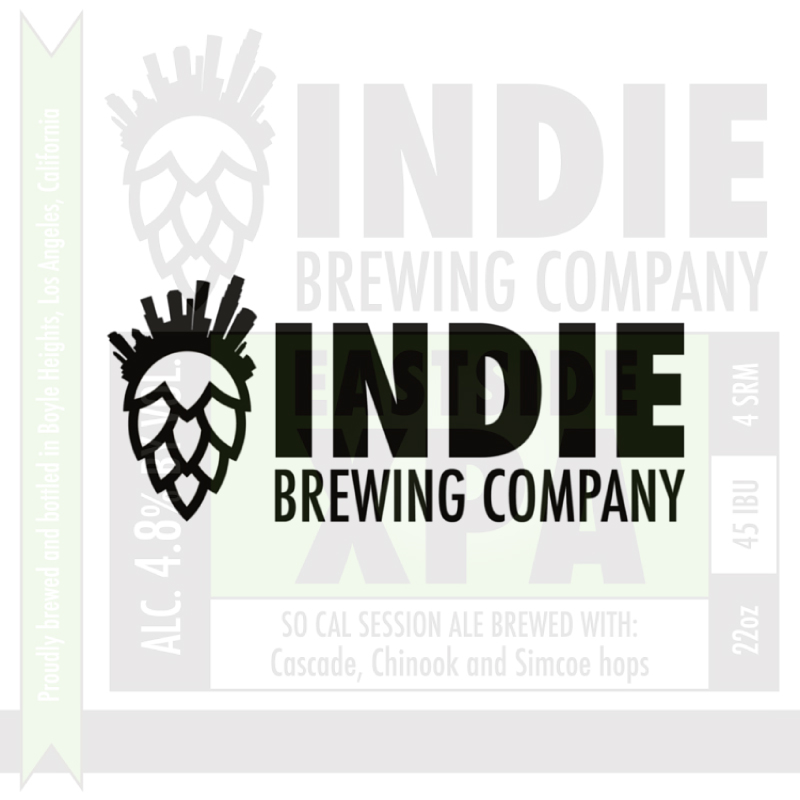 You may have seen their beer on shelves, you may have even tasted it, but when you visit their taproom, that’s when you really get to know Indie Brewing Company. Because to know Indie is to know the four guys who run the place: Kevin, James, Morgan and Connor. They’re the brewers, taproom attendants, salesmen, interior designers, tap-handle fabricators, and janitors for this new brewery in DTLA.

It’s technically Boyle Heights, but you could easily say that their taproom is in Downtown LA or even The Arts District. The building, which they share with a handful of apparel companies, is located just off E. 7th Street conveniently close to Iron Triangle Brewing. In fact, while we may not recommend doing it alone, a brisk walk from one brewery to the next wouldn’t be the worst idea.

The interior of the space feels like it was curated by four guys who work in beer for a living. Hand-made picnic tables, jockey boxes, beer cans, corn hole and a couple of futons. Imagine the cleanest version of a frat house with the best beer selection.

Your beer will be poured for you by one of the four owners who are more than eager to chat about what’s in their Superfood Saison (blackberries, goji berries, acai & pitaya) or what hops are in their IPA Del Rey (Citra and Equinox).

So after chatting with the owners, sitting in one of their futons, sipping their beer and hanging out in their space you’ll begin to fully understand Indie Brewing Company and all that goes into craft beer.

Your only chance to visit their taproom is on Friday evenings from 5-10pm, but that will change to more regular brewery hours once they get a few details ironed out. Keep watch on our website for Indie to start being featured on our East & Central LA brewery tour or on any of our private tours.