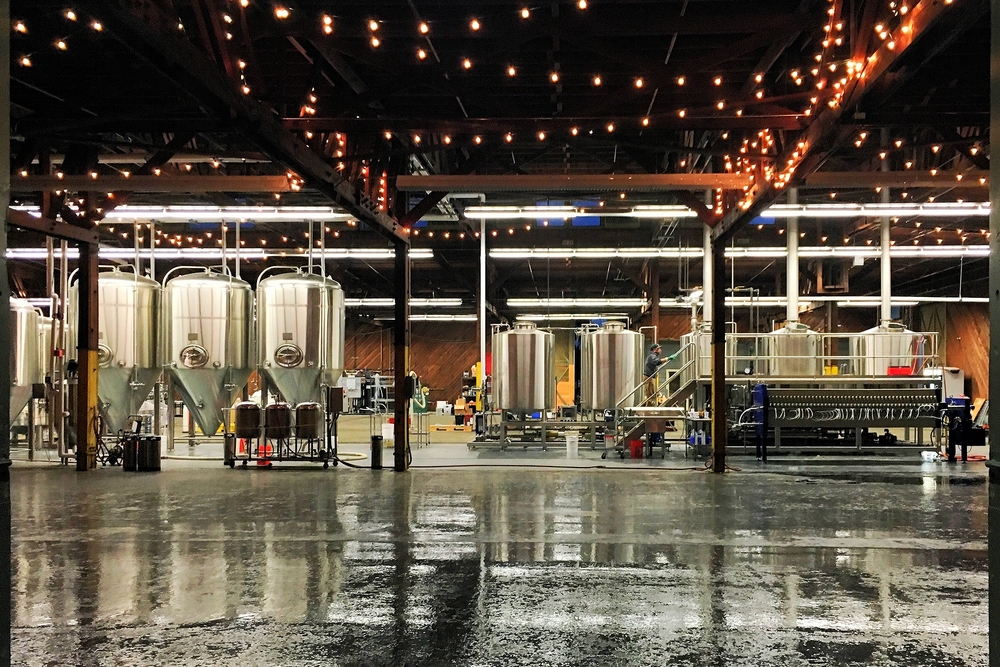 It’s pronounced “brewery”. No need to be fancy and pronounce it in it’s native Dutch pronunciation. Just say “brewery” and be happy. But let’s not get hung up on the pronunciation. Brouwerij West is finally here and we’re terribly excited.

You may have had their beer before. In the “early” days of LA beer, they had a few staples that were in heavy rotation on tap and in bottles – Mor, Mor a Belgian Quad and Dog Ate My Homework a blackberry saison to name two. But those beers were made in the gypsy (or contract) fashion and their brewery lacked a real home. But all that changes at the end of February when the official Brouwerij brewery is set to open in the Ports of Call in San Pedro.

Owner Brian Mercer has tapped head brewer Jeremy Czuleger to make their Belgian-inspired beers in a 72 year old warehouse in the Port of Los Angeles. Czuleger has a background in brewering for Trumer in Berkeley and Barley Forge in Costa Mesa. They’ll be focusing on using local ingredients to make their various saisons and blondes in a Belgian fashion like putting Central Coast citrus in a traditional Belgian Wit. Sounds great.

You’ll find them on our South Bay and Long Beach beer tours coming up in the next few weeks, but if you want to see them sooner than that, you can attend their grand opening on 2/27 at 12pm. Details below or can be found through their website: brouwerijwest.com