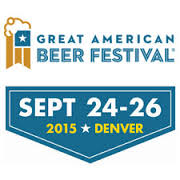 It’s award season! And we’re happy to report that our hometown Los Angeles and Orange County breweries racked up a bunch of awards to bring home from the Great American Beer Fest in Denver, which is definitely The Oscars for breweries. Fewer tuxes, more beards.

– Craft Beer Won – The Brewer’s Association just announced that there are now 4,000 craft breweries in the US. Well, make that 3,999 because Golden Road just jumped ship.

– Beachwood Brewery – Recieved a silver medal in the Coffee Beer Category for their Mocha Machine.

As the LA Times points out, overall, California breweries were awarded 67 medals and four out of the seven brewery of the year awards.