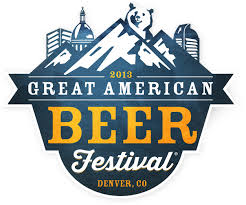 Los Angeles and the surrounding area (basically anything that isn’t San Diego) is really coming into its own in terms of delicious craft beer. We’re making good beer, creating great drinking environments, and fostering a culture that will be built to last. All of this was evidenced at the preeminent beer competition in all of America held in Denver, CO last week – the Great American Beer Fest. Here’s a list of winners from the competition this year. It includes Beachwood BBQ & Brewing, who won the award for “Best Midsize Brewpub and Brewer in America”. They have two locations, one in Long Beach and the other, smaller (original) outpost in Seal Beach. If you can’t make it out there, look alive for their bottled beer in your local shop.

Other notable winners in our general area were Figueroa Mountain who took five medals with their two locations in Santa Barbara and Buellton, Firestone Brewery up in Paso Robles took home 4 medals and the award for “Best Midsize Brewery and Brewer in America” (different from Beachwood’s “Brewpub” award), and Telegraph Brewing Co. in Santa Barbara nabbed one bronze medal.