Burgers + Beer… together… forever. In celebration of dineL.A. Burger Trek, dineL.A. and LA Beer Hop are offering an exclusive tour that gives participants the unique ability to chow on burgers from three dineL.A. Burger Trek locations expertly paired with beer by a Certified Cicerone®

What’s included: you’ll visit three top burger destinations around DTLA and includes 1/2 a burger, sides, and beer at each destination, along with bottled water and a professional Burger/Beer Guide. The entire event takes about four hours.

Where are We Going: Badmaash for the Spiced Lamb Burger, Fundamental LA for a restaurant burger, and Everson Royce Bar for the smash burger.

dineL.A. Burger Trek celebrates Los Angeles’s diverse burger scene by highlighting 32 locations and the must-order item at each spot. For more information and to access the ever-green guide, visit dineLABurgerTrek.com.

Want to visit three of the most diverse and delicious breweries in the Valley with us? Well, now’s your chance. Starting on May 26th, we’re going to be doing weekend tours of the best breweries in the Central San Fernando Valley. The first tour is on Sunday, May 26th and features Macleod (super drinkable English-style ales), Bluebird Brasserie (beautiful Belgian-style beers and food), and Cellador (amazingly complex fruited and barrel-conditioned beers). Details below!

What’s Included: The tour visits three breweries and includes a flight of beer at each place, a behind-the-scenes tour, personal Beer Guide, bottled water, and as much beer info as you like. The entire event takes about four to five hours.

We’ll talk more about how our company has fit into all of that growth next week when we write a post celebrating our 6th Anniversary, but for now, we’re here to talk about that global network of brewery tour operators: LA Beer Hop has joined the newly formed Craft Beverage Tour Operators Association – The CBTOA. 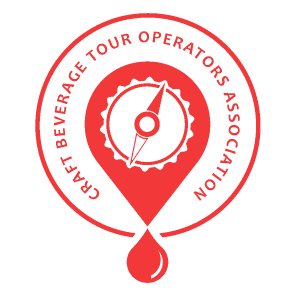 The CBTOA is a 501(c)(6) non-profit with a mission to support craft beverage tour operators and grow their business opportunities by building bridges between its members and the craft beverage, tourism and allied communities around the world.

Officially formed in August of 2018, the Association came together after a group of like-minded tour operators met in March 2018 at the Beer Marketing and Tourism Conference in Burlington, VT. At that conference, a group of tour operators sat in a hotel ballroom and discussed the future of the industry.

These tourism titans (LA Beer Hop included) discussed lots of things surrounding our industry, such as the need for a platform for tour operators to communicate with each other (other than in a hotel ballroom in Burlington), about how beneficial it would be to create “best practices” for Beer Guides, and about how we could band together to get better representation in other industries (think ticketing software and insurance). We all agreed that creating a global association was the best course, so a committee was put together consisting of owners of tour companies all over the world and three months later, the CBTOA was born.

It’s a big step for our company, and a big step for our industry. I’m proud to not only be a member of the Association, but to be on the committee as its Treasurer. It’s a wonderful opportunity to help drive the beer tour industry to new heights and continue to ferment the best possible craft beer community.

Beginning on Friday, August 3rd LA Beer Hop will be doing tours of the DTLA breweries during happy hour.

The tour visits three breweries and includes a flight of beer at each place, bottled water, and as much beer info as you like. The entire event takes about four to five hours and the ticket is $69/person. Dinner will be available during each tour.

Tickets available online and are limited to 15 seats per Friday.

LA Beer Hop is also available for private and corporate tours on any Friday.

Starting April 8th, we’ll be touring the best beer over the hill!

Burbank & Glendale have slowly developed their beer scene after Golden Road settled into the neighborhood in 2011. Now, they’re quietly home to some of the best beer in LA. Check out the crisp, clean and super-drinkable beers of Brewyard Brewing or the more seasonal and experiment-driven beers of brewmaster Chris Wawloski at Verdugo West or hop on over to The Brewery at Simmzy’s Burbank for beers crafted by a longtime Los Angeles homebrew legend alongside Simmzy’s delicious food.

Tours begin on April 8th and occur every other Sunday at 1:00pm. They depart from the Burbank Metrolink – 201 N Front St, Burbank, CA 91502 (ample parking and easy metrolink service).

The tour visits three breweries and includes a flight of beer at each place, bottled water, and as much beer info as you like. The entire event takes about four to five hours and the ticket is $69/person. Food will be available during each tour.

Tickets available online and are limited to 15 seats per day.

LA Beer Hop is also available for private and corporate tours in this area.