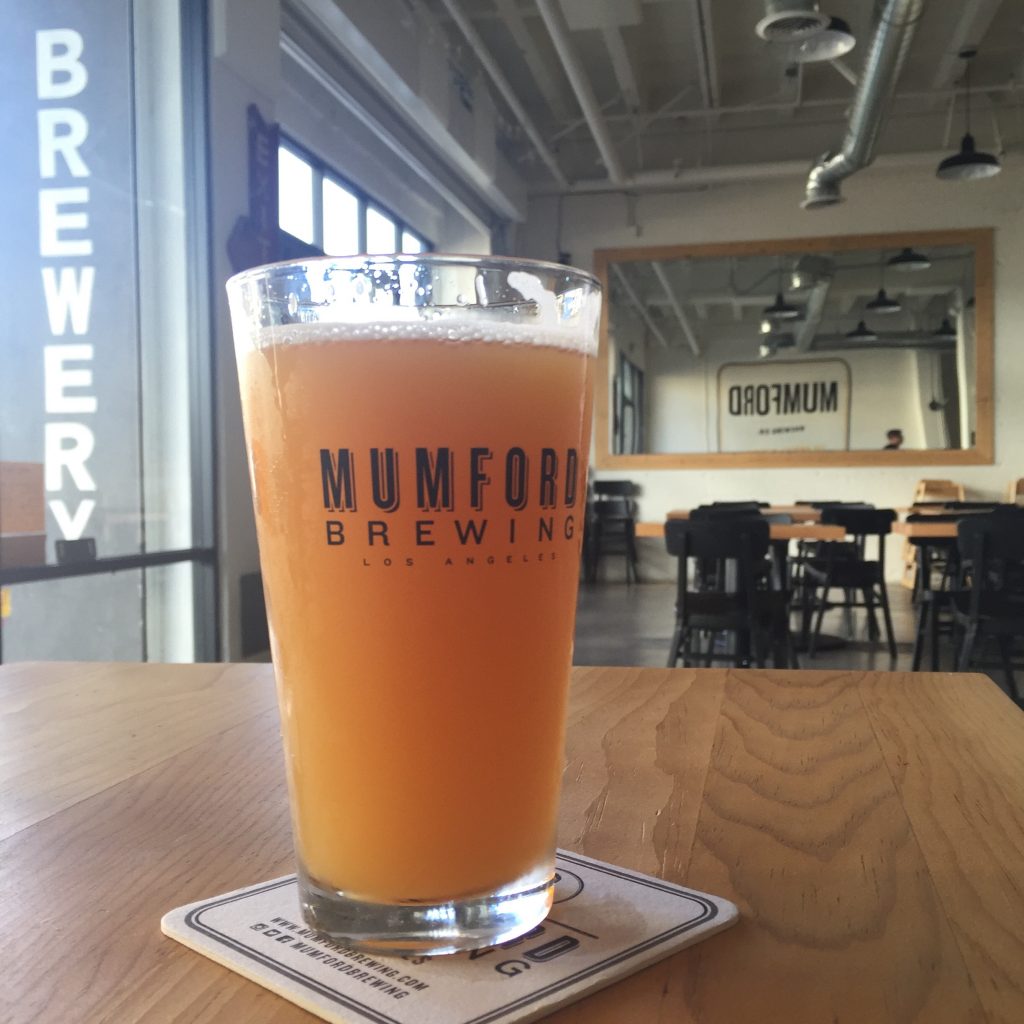 Check out Mumford Brewing, located in SkidRowkyo (walking distance from the Arts District), to find this hazy IPA on tap and occasionally in cans. Or you can hop on our East & Central tour that features some of the best LA beers at three different breweries in Central LA.

This new style of IPA, often referred to as a Hazy IPA or Northeastern IPA, looks more similar to Orange Juice and actually smells that way as well. The aroma is incredibly fruit forward, with scents of Orange and Mango juice that match the insanely fruity taste of this barely bitter beer.

It’s hardly an IPA if you’re judging it by sight and taste, but judging on the sheer the amount of hops that brewmaster Peter Mumford uses, it really can’t be called anything else.