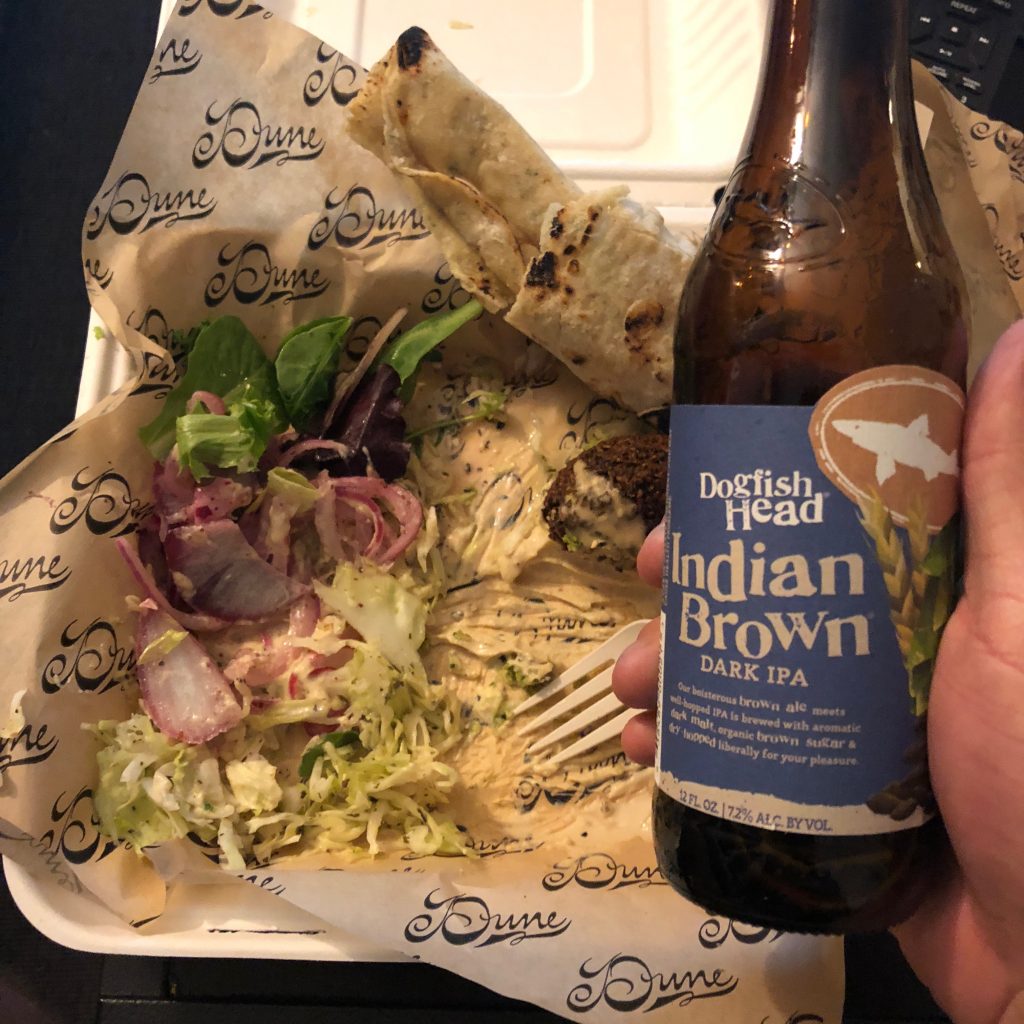 It’s an oldie, but a goodie. Dogfish calls it a “Dark IPA”, I call it an Indian Brown Ale, but it’s really just a hoppy brown ale. It’s pleasantly bitter with nice aromatics and great malt complexity. I would really love to try it fresh, because I think it would really sing, but I’ll take what I can get.

This is a reaaaaaalllly good food beer. Pictured here with a destroyed plate of falafel from Dune. It’s one of those pairings that truly elevates both items. But I also had it with polish sausage, brown rice and peppers last night and that worked too. I suspect that this beer will work well with most food especially in this season (it’s LA and we’re actually having a season!).