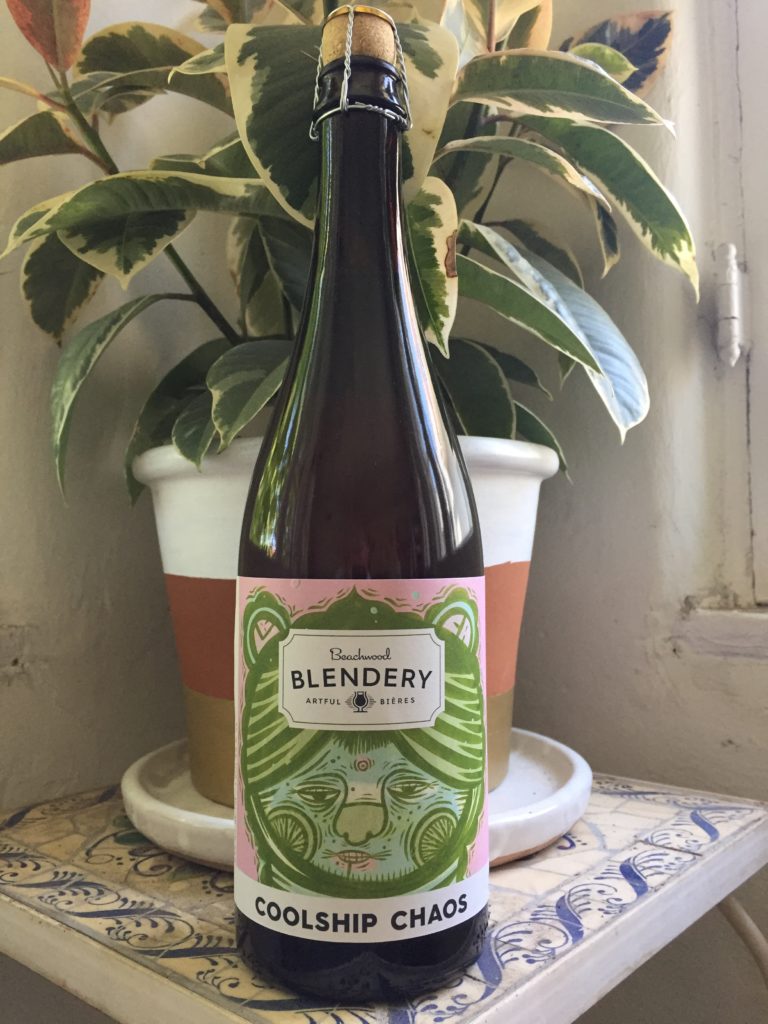 If you walk into most American breweries, you will regularly see a forest of stainless steel tanks with cone-shaped bottoms. These tanks are where fermentation takes place and they  sealed off to the world and kept meticulously clean (brewers affectionately refer to themselves as “glorified janitors”). This cleanliness is meant to ensure that no foreign yeast or bacteria enters into the tanks during the fermentation process. Now… this isn’t always how beer is done. On the opposite end of the spectrum is the “coolship” or “koelschip” method of brewing. Instead of piping hot wort (unfermented beer) into a sealed fermentation vessel, the brewer will pump the wort into what is essentially a kiddie pool made of steel leaving the liquid open to all of the wild yeast and bacteria in the air. And that’s what Beachwood Blendery did. They piped a bunch of hot wort into a kiddie pool in the rafters of their brewery in Long Beach and let the magic in the air of Long Beach do the work. The result, a funk-tastic, highly complex, highly carbonated dream of a beer that will forever change the way we look at the air in industrial Long Beach.