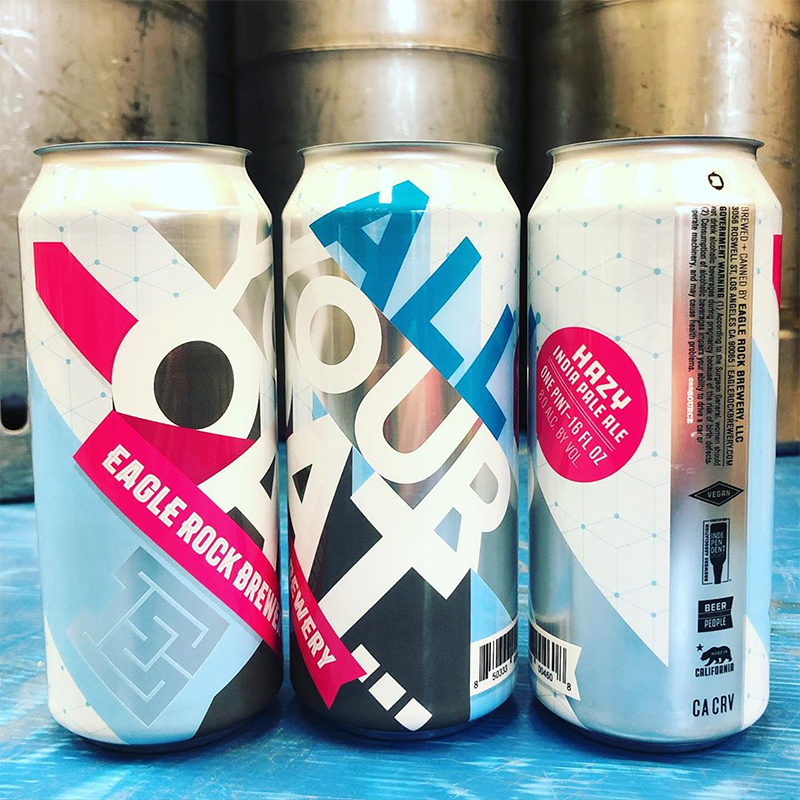 ALL YOUR OAT ARE BELONG TO US. At the very dawn of the Hazy IPA craze, Eagle Rock Brewery dropped a beer that, only by accident, became one of the best Hazy IPAs in the game. Why was it an accident? Well, this beer wasn’t a hazy IPA. It was just a heavily oated White IPA. ERB wasn’t chasing any trends or copying what other breweries were doing, they just made All Your Oat because it tasted good. And it was. And it continues to be. So, if beer is now considered a “hazy IPA”, an “Oated IPA” or a “White IPA”, you shouldn’t feel the need to put a label on it. Just drink it and let the trendy kids call it whatever they want to.