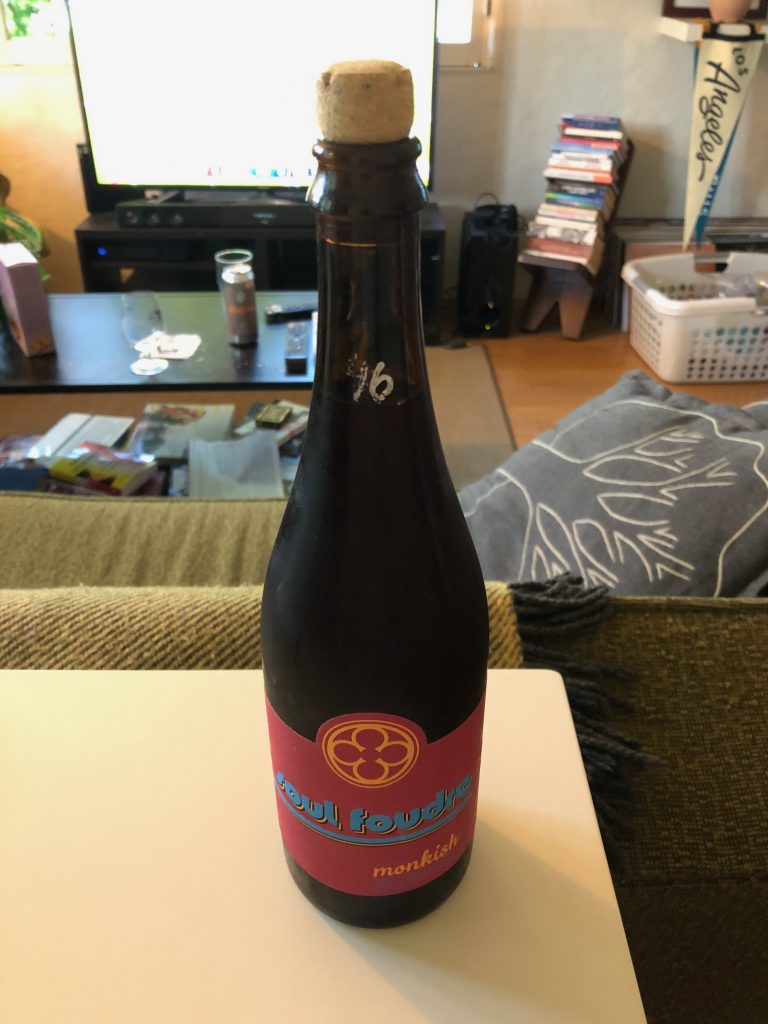 This is a mixed-fermentation Bière de Garde aged in an oak foudre for 16 months that was bottle conditioned with cherries in 2016 and consumed in 2018. What does that all mean?